Looking for more things to do? Check out Carousel Skate Center. By now many of you have probably done the skating rink and maybe some of the arcade games there. But did you know that they are now home to the city’s largest play zone? Imagine something much larger than the play area at Chik-Fil-A or McDonald’s. The new area opened up a few months ago so I took my professional play zone testers, my nieces to give this a try.

We made our way to the back of Carousel where the play zone was at. The picture doesn’t do the size justice. It’s 60 feet long and 18 feet wide. Upon seeing the gigantic structure, my niece’s eyes lit up with glee. She paused to take it all in. At that moment for her, it was probably the same look her grandmother had seeing America for the very first time. It was a spectacle for her to behold.

For those with younger kids, there’s a small play zone area for kids 2 years of age and younger. 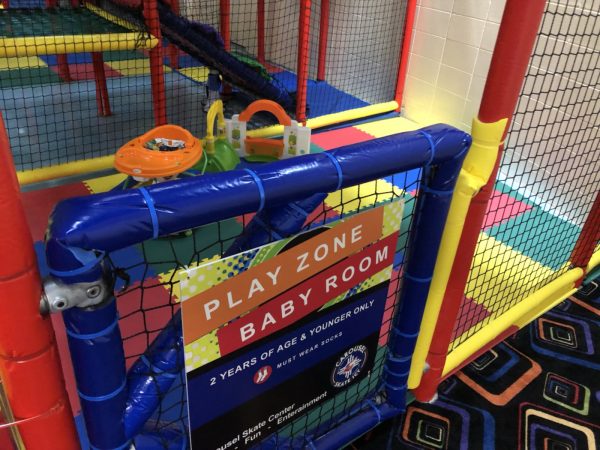 If your kids don’t feel like skating, the play zone is the way to go for your kids and probably best for children up to around 10 years of age. It’s four stories tall and includes all different sorts of different features like a couple slides, swings, stairs, nets, bridges, hammocks, crawl spaces and more. There was one employee working the area that holds 100 kids. He had a megaphone with him and made sure kids were playing by the rules. Of course that didn’t prevent some kids from bowling over other children to get to their destination or running from one area to the next. I’d watch as one of my nieces sat there waiting to go down a slide while five kids just bum rushed her and cut, I felt helpless. Fortunately, I think she learned patience that day.

I was tempted to get inside and take some video of the structure but being surrounded by the 50 kids running around inside felt like torture so I opted to just sit outside, take a few pictures and give the occasional head nod and fake smile to the kids as if I was enjoying myself.

After two hours, my niece was not done yet and was content on staying longer but I could not just sit there any longer. I was pooped. 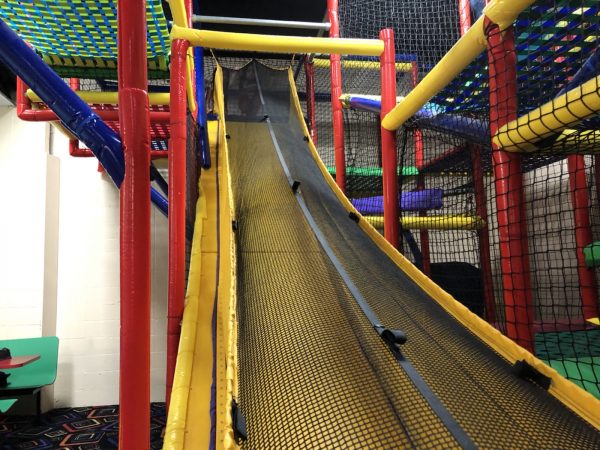 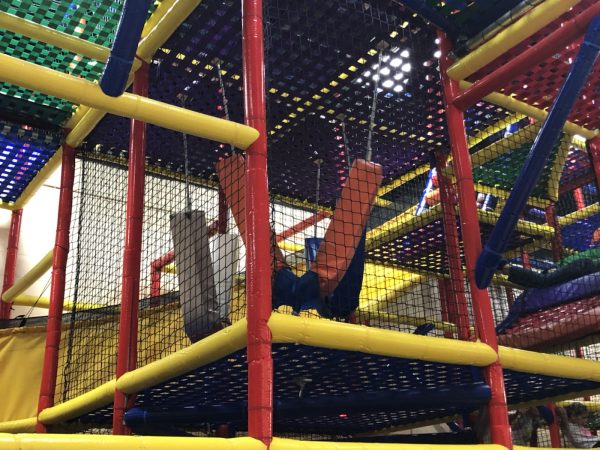 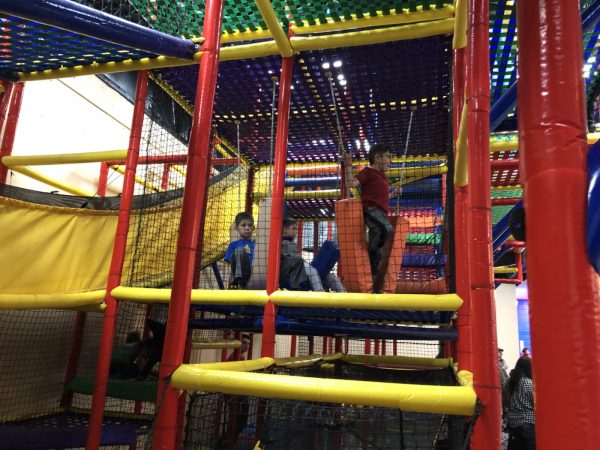 The Play Zone cost $6 for the day which ended up being a great value for us. If they want to skate and do the play zone, it’s just $10. 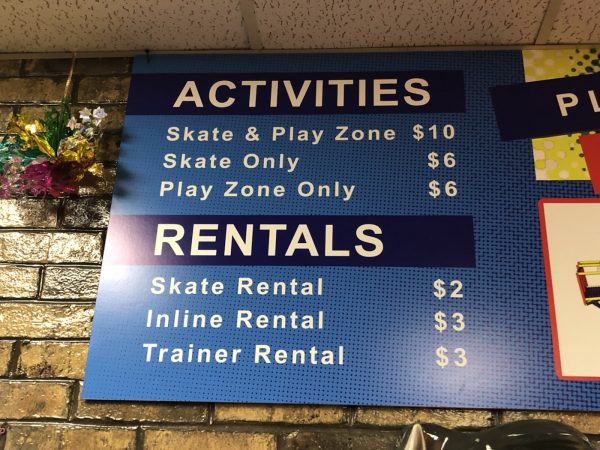