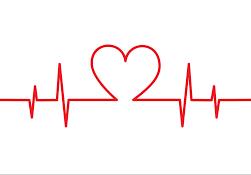 Dr. Christman was on the calendar to start the year off for me. It was the second day of January, everybody was on the “New Year New Me” kick and my girlffirend and I were off to see the doctor for the next checkup.

Since the first appointment, I have to admit I was down about some things. Stress, fear, worry, the negativity of others really affected me. I let the negative opinions of others get to me which has always been a big no-no for me.

My mood wasn’t exactly all peaches going into that second appointment. I remember sitting in the doctor’s office and awaiting Dr. Christman. Since we last met, I don’t think he had a clue who I was or what my part in this baby was.

When he entered the room with one of his nurses, he immediately shook my hand. I stood up and smiled. I think I said, “Hi”. I forget; I started to get nervous again.

He then went through all the preliminary questions asking how things were going, how my girlfriend was feeling and all that. So she once again did all the talking as I sat there looking like Charlie Chaplin using only visual responses.

Next thing I know, this little box comes out and he goes, “Are you ready to hear the baby’s heartbeat?”

As he prepares her, I scooch my chair over a little closer. I remember thinking to myself, “Good thing you cleaned your ears this morning Eddy.”

Dr. Christman turns on the speaker and I hear what I thought was something similar to putting your ear against a big seashell. Somebody forgot to eat breakfast this morning!

He left the device on there for a second and every other noise was blocked out. All I could hear was this baby’s heartbeat. Had it dawned on me, I would have asked to record it but I was so focused on hearing those beats. I remember closing my eyes quickly to listen and take it in. When I opened them a slight glaze of tears covered my eyes.

This was now back to back appointments with tears in my eyes. I’m going to need to have a chat with Dr. Christman. I don’t know how much I can handle these emotional visits. The Shockers have been struggling this season so it’s already been emotional enough for me! Hearing those beats really helped lift my spirits and put me at ease to some level on everything else going on in life.

Once we were done, we went through some other talks about things. The last thing I remember was Dr. Christman asking, “How does your husband feel about this?”. I about choked on my tongue. We all got a good laugh out of it except we did not clarify our relationship status. And he still doesn’t know my name since I forgot to introduce myself to him…… again. I guess I was just glad he didn’t think I was the Uber driver. I promise by February, he will know my name. I found out his wife follows my food blog, so perhaps I’ll bring that up.

Until the next appointment…….