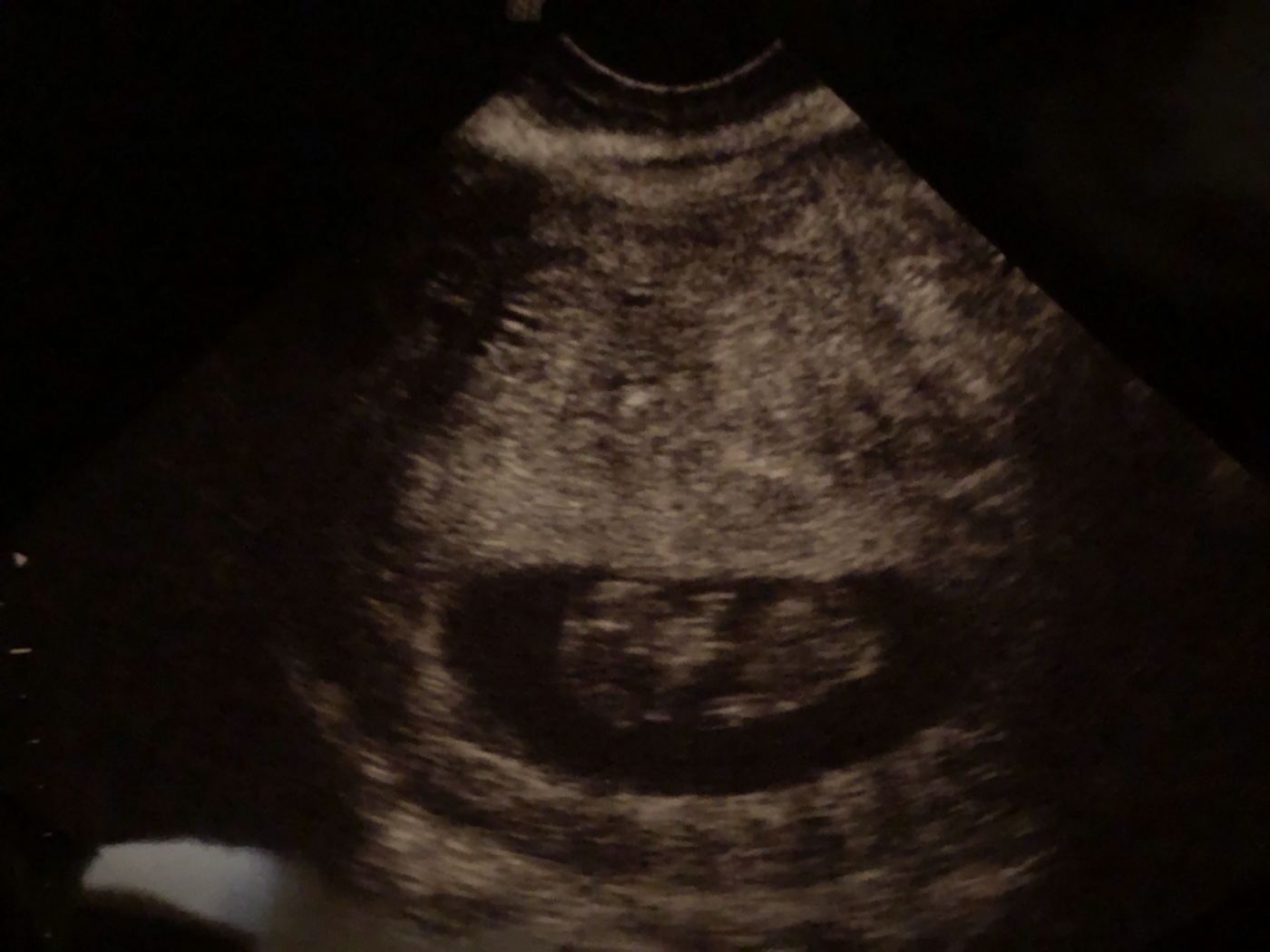 Doctor’s visits have never really been memorable for me but there’s one I’ll never forget. It was a late November morning and it was my girlfriend’s very first appointment since finding out she was pregnant. She asked me if I wanted to go and there was no hesitation in my answer. I knew immediately I wanted to be there every step of the way.

I met her at the doctor’s office and we sat there in the waiting room. I saw many women, some with kids, some without. While sitting there, it was a little uneasy for me. So many times the same thought crossed my mind, “Am I really here?“. This would only continue throughout my time there. I even saw an old friend from high school who I don’t believe saw me. It was one of those times, I felt like my mother would walk in. Just God’s way of getting a laugh at my expense.

Eventually my girlfriend’s name was called and we were walked into a room. A nurse came in and asked my girlfriend many questions about her history. I just sat there observing all the posters on the wall, the medical utensils in the room and how terrible my shoes were tied.

Soon after the doctor walked in. Years ago he delivered one of my girlfriend’s kids so there was already a connection there. He looked at me and said, “Hi, I’m Dr. Christman.” and shook my hand. I smiled. I was sort of in a state of shock that I didn’t even introduce myself. For all he knew, I was the expectant mother’s Uber driver just standing there. At no point would I ever say who I was or what my role in the process was. This didn’t even occur to me until after I walked out. I was speechless.

It was an extremely awkward situation for me. After the introductions (minus myself), he started doing some simple checks on my girlfriend. While she was sitting on the examination table, I turned my face towards the door and started cheesing. When I’m uncomfortable, I can’t help but giggle and laugh. So at that time, I had this grin on my face and was trying so hard to hide it. I remember saying to myself, “Pull yourself together Eddy“.

As I was able to compose myself, he brought out the ultrasound machine. He prepped my girlfriend and an image slowly came on the screen. I sat by her while we saw a blur come on the screen. We could kind of make out the baby. Due to how grainy it looked, I just watched with a blank stare; nothing really hit me.

Dr. Christman would make some adjustments and you could slowly make out an image that was about an inch long. Suddenly I saw this quick second glow. It was the baby’s heartbeat. Everything in my life stopped right at that moment as I let what happened soak in. I don’t know how to explain it but this emotion came over me for a brief second. The first thought that came to my mind was “Holy f*ck. This is real!”. From the time we found out a baby was coming, I’m not sure it really hit me. So for that small moment, it was a another sign that helped me come to a realization that it was happening. Dr. Christman would print off some sonogram pictures that I still have and keep on my dresser at home.

After that we went over some precautionary measures, things we could expect over the next few months and we were on our way. He was incredibly nice and overlooked all my awkwardness as if it was a non-factor. I just hope he doesn’t say to us during our next appointment, “Oh you brought your Uber driver again!”.