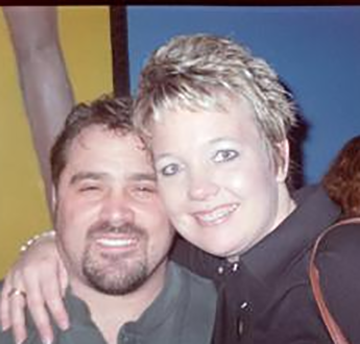 This is a phrase I have uttered emphatically many times throughout my life, most notably when I was a kid myself.  I just didn’t want them.  They were loud, dirty, expensive, and they would take my focus away from what I had always loved most… me. So, imagine my shock, and surprise when, at the age of 15, I was informed of my impending fatherhood. That’s some news that will suck the wind right out of your narcissistic sails right there. And so, months later, my son was born and I couldn’t imagine loving anything more. But having a child didn’t change my mind. Now, I just didn’t want any MORE kids. I was resolute.

This belief continued through my first marriage, and I daresay it had plenty to do with my divorce. “I already have a kid”, I would tell her. “I don’t need any more. I don’t WANT any more.”  But she did, and in the end, it was a deal-breaker. While I didn’t want the divorce, it was preferable to having any more children in my eyes, not acceptable in her eyes, and so we went our separate ways.

As I entered the world of dating again, I was under the impression that many of the women around my age would have already made the decision to not have kids. What failed to enter my mind was that they likely already HAD kids. (hindsight is 20/20… leave me alone) And so it went until I met HER.

When I first met the woman that is now my wife, I took one look and immediately thought, “She’s totally out of my league, not going to bother.” And her complete indifference to my presence was noticeable as well.  That evening, through conversation with the group I was with, I found out that she was actually married, but at the very end of her divorce. Her husband had cheated on her when she was 7 months pregnant with their child and she was getting out.  All I could think was, “huh… she doesn’t LOOK like she had a baby. It must have been a long time ago!”  Regardless, she paid me no mind, and I returned the favor.

The next time I went out with the group she was there again. I said hi, she said hi, and that was about it.  Someone that night told me she had several kids and, with this new revelation at hand, I found myself considerably less interested than before. The next day several of the group went to breakfast and hung out all day, SHE was one of them, and she brought her 14 year old daughter with her. That day I found out that she we shared a love of 80’s music, food, and had some great common interests. I found out that she was fun, and loved life, and that her giggle was infectious. I also found out that she had a baby, another young daughter, and another teenage son. I struggled with that thought but was enamored with her eyes and her smile. We went out that night. I told myself, “It’s not like I’m marrying her, it’s just a date and some fun with this beautiful lady.” It turned out to be the last first date I would ever have.

I met the kids a few weeks later. To be fair, she warned me that she had a baby, but I looked at this woman and just kept thinking she meant a TODDLER, right?  Cuz, you know… there is no way this 36 year old woman had an actual baby and looked this great.

Noah was 6 months old when I met him, and the biggest baby I have ever seen in my life (seriously… the kid was 28 pounds. He looked like a miniature stay-puft marshmallow man).  Riley was 4 years old and was so physically attached to her mom all the time that I considered her just a detachable limb that could move on its own and return to home base; Just like a Roomba.  Meg was 14 and was basically just a big laugh shaped like a toothpick. Justin was 16 and couldn’t have been more leery of this guy in his house making googly eyes at his mom.  And here I was, just standing there, staring at this room full of kids, and simply not knowing how to react, and having a very anxious internal dialogue.

(Actual transcript of that internal dialog)

Me: “Right… but they are kids. I don’t want kids. I barely like kids.”

Me: “I am starting a business… I don’t have time for this.”

Also Me: “Suck it up, buttercup. She’s a package deal.”

I won’t lie to you, dating a woman with 4 children when you are dead set against having kids is a bit of a challenge.  I wasn’t equipped to deal with many of the scenarios that would be presented to me over the years, and the, “You’re not my dad” argument still makes my blood boil. But I love each of these kids just like they were my own, and even adopted the 14 yo.  Between my wife and I have we have 5 kids and 8 grandkids (several of them are step-grandkids as well).  Dealing with a blended family can be tough, but very rewarding.  Mostly tough. But rewarding. And tough.

You see, as a step-dad, you can love the child as if they are your own, but they never really are. You simply can’t look at it that way, however, or you risk everything. You must continue to love them, and treat them like your own, even when they throw it in your face that you aren’t (and never will be). But that’s another blog entry altogether.

Bill Ramsey is a serial entrepreneur - specializing in technology and business development, husband, father, Wichita Wagonmaster, and lover of food and life. View all posts by BIll