But let’s rewind this back to a week ago. After lots of discussion, my girlfriend and I opted to do the blood work which allowed us to find out the gender of our baby. We were told it’d be 5-7 days until results would be ready.  That was very early last week.

By Friday of that week, I remember thinking that would be the day. I messaged my girlfriend to see if she heard anything. No word from the office. The anxiousness was starting to overwhelm me. For instance,  I posted on my personal Instagram a picture of a blue and pink videogame controller as I was curious to see which hypothetical controller my child would be using.

Monday comes and I messaged my girlfriend to ask if there was any word from the doctor. Nothing. I googled the average length it took for the results to come back and saw it was 3-5 days. Sigh…. of course this would take a long time. Patience is not a virtue of mine.

Monday lunch hits and we planned to meet up at my house to eat. When she arrived, she handed me an envelope that a co-worker wanted to give to me. I get really awkward opening gifts and reading cards in front of people; I prefer to do it alone so I set it aside. Then I told her what I saw on Google and she told me perhaps the doctor meant 5-7 business days which meant the end of the week.

We just sat there and played on our phones and chatted about the day. A few minutes later, I decide to go ahead and read what was in the envelope because I didn’t want her to go back to work and have her co-worker curious to why I wouldn’t read it. 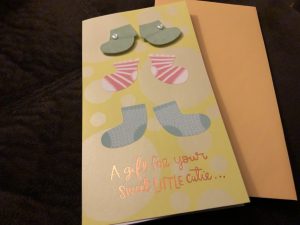 I do not like cards. I know; it’s weird. So I opened the card up and kind of glanced at the front and read the front. Within seconds, I already had forgotten what it said. Inside the first two words said, “Hi Dad….“. Nothing was registering in my head at the moment. I sort of surveyed part of the written note and only remember seeing the words “I’m”, “healthy” and “love…”. Still I couldn’t comprehend what was going on. There was a little slip of paper inside the card taped up. I pulled it out, ripped the tape off and opened it up.

I see a pink videogame controller. 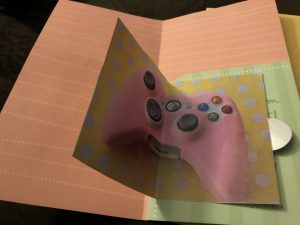 I look back at the card

While sitting there, I turned to my girlfriend and saw tears in her eyes and she said, “It’s a girl and she’s perfectly healthy.”

Literally no less than a second goes by and tears were just pouring down my face. I tried everything I could to stop it but nothing worked. It was like someone hit a fire hydrant with their car and it burst open.

I gave her a hug and could just feel the flow of tears running down my face. It was hard to describe. It was tears of joy; tears of relief; tears of happiness. Once I was able to compose myself and blame it on allergies, we just sat there in silence. I really can’t recall the last time I’ve cried….. like really had a good cry of complete happiness. It was the first time I cried around my girlfriend so I didn’t know what to do but blame it on the weather and pollen. She wasn’t buying my B.S.

For those that know me, it’s no secret I’m incredibly close with two girls in my family who are both eight now. From about the time they were 3 years old until now, we’ve been a big trio road tripping, dining around the city, rooting on the Shockers, going to zoos, museums, play areas, you name it.

For most of my life, I always said that I wanted to have a boy. But after the relationship I’ve built with those girls, I think all that changed. From the moment I found out I was going to be a father, deep down I did want a girl.

…..and it came true. The girls were incredibly happy too that our wolfpack was growing.

The Future Is Bright

After my girlfriend left, I sat there and the news of the day sunk in. I was going to have a little princess of my own. I can’t lie and will own up to it, I probably cried or had my eyes water up probably four more times that day. Even writing this and reliving that day, I could feel my cheeks start to quiver.

All the tears shed led me to one sad truth. That protective and overly sensitive father is going to be me.  Tears will be shed when she says her first words especially if its “Wichita State Shockers”. I’ll probably cry when she learns how to walk. Watching her walk into school on her first day will be a tearjerker. The first time we are playing cornhole and she sinks it in the hole will be a proud moment. I’ll definitely cry the first time she calls me dad and tells me she loves me. (Shit!!!! I’m starting to tear up again). I might just end up being like Phil Dunphy on the TV show Modern Family.

I’m doomed. The funny thing is, I’m not even a sensitive guy or one to show that side of me really ever. Emotions are something I very much try my best to keep internal but this girl seems to be pulling at my heartstrings with ease and we’ve never even formally met.

The name had been chosen weeks in advance. While we discussed names, I wasn’t deadset on it but would have loved to have an E name to match mine. My girlfriend originally wanted Maren but after some debate, we went with Emery Maren.

If it was a boy, who knows what would have happened. I suggested the name Equinox but that was quickly thrown out the door.

So now that the cat’s out of the bag. I’m having a baby girl and still can’t believe it. All I know is Beyonce was right about one thing she sang.

“Who runs the world? Girls.”

Emery will run mine and I’m completely OK with that. 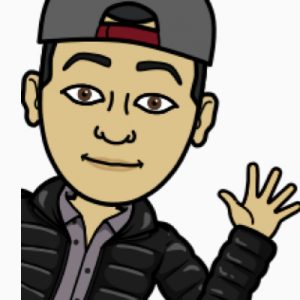 Eddy is the founder and owner of The Dads Blog. He hails from Wichita, KS can also be found at the restaurant and business blog called Wichita By E.B.. Eddy likes to spend his free time playing sports and supporting his alma mater, Wichita State University.
All Posts » 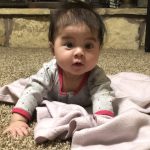 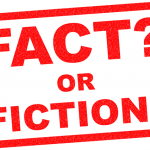 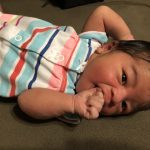 The first two weeks of being a dad

Welcome to The Dads Blog – A blog for dads, dads to be, dads-in-training, first time dads, long time dads, and those out there who want the insight from the dad’s point of view.

The Dads Blog was started by Eddy who discovered he was going to be a father and wanted to share his scary yet exciting journey as a father to be.