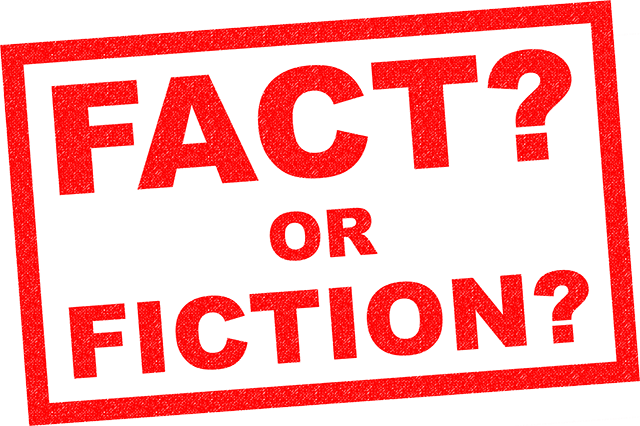 So you’re getting ready to become a new father. Your family and friends are incredibly excited for you. They want to help you prepare for that journey with many tips, tricks, and things to expect. I heard probably an encyclopedia’s worth of information.

Now after finally becoming a dad, I wanted to tell you the real truth behind what you may hear. Time for some Fact or Fiction.

1.) You’ll get used to the smell of your kid’s poop

False. Poop is poop and it still smells despite whoever’s butt it came out of it. The only exception to this rule might be your own but even that can be false if you’ve ever been to a Las Vegas buffet.

There have been plenty of times, I’ve walked over to my daughter while she’s asleep and wondered what the hell she’s been eating. You don’t get used to the smell it still stinks. But fun fact: baby farts are the funniest thing ever.

2.) You’ll get used to the lack of sleep

False. You don’t get used to it. Do you get over it the next day or two? Yes. But those long nights can feel like hell and you start to wonder whether you can really get through the evening. The next day or so after you spend hours staring at your baby, you get over it.

But then it happens all over again.

3.) Becoming a father can turn you into a softie

Fact. The times I’ve cried in the past have usually been reserved for tragic events and arriving at a restaurant only to find out it closed early.  There have been numerous times, my daughter is staring at me with the sweetest look and my eyes just began to water.

Most recently, we had to take her to get a frenectomy. As she’s getting ready to have the procedure done, she just stares at me. All of the sudden my face went numb and tears were falling. It was as if she was getting ready to go into open heart surgery. I couldn’t help it. I felt like such a pansy and slightly embarrassed as the staff just kind of looked at me. True story. Total softie over here. Sometimes I feel like I tear up so much, I should be on the Bachelor.

4.) Changing a diaper isn’t so bad

Fact. I’ve never changed a diaper before in my life despite all the nieces and nephews in my family. I dreaded every single bit of it. Guess what? It really isn’t that bad. Granted there have been times poop has come out like a froyo machine while changing her and farts blurted out some leftover poop on me, it’s actually OK.

Also do not invest in a wipe warmer. The very first time I changed my daughter’s diaper, she cried so hard. I thought it was because of the cold wipes so I went immediately on Amazon and purchased one. During the two-day shipping time, I noticed it wasn’t necessary and returned it right away.

5.) Take as many pictures as possible and cherish the moment

Fact. Even though it’s coming up on eight weeks, I feel like she’s grown so much. It’s pathetic how many pictures I’ve taken of her but it’s fairly therapeutic to go back and look through those pictures after a long night.

A baby is probably life’s greatest miracle. I have spent so many hours just in awe of her little fingers, her little toes, the tiny nose, the toothless grin, all of it. One day, she’s going to get bigger and older and I’ll miss having her in my arms. This will be 100% fact for all you fathers. So take all the pictures, who cares what people think. I’ve since increased my cloud storage to house all the videos and photos of her. There will be no shortage of picture options when her teachers need photos of her for school.

False. At the beginning it’s totally the mom-show. You’re going to be the Robin to her Batman.

Babies, for the most part, want to eat and sleep. And if baby is breastfeeding, you’re stuck just sitting there awaiting word on what to do next.

I noticed before becoming a parent, moms get so much more credit and praise than dad. I’m here to tell you, they deserve it. From carrying the baby during pregnancy to being the food source to being the first person the baby feels close to, they are the real MVP’s. Super dad can wait until the baby gets older, until then bow down to all the moms. Just be there every step of the way for mom and baby. While you can’t be there to do everything for everyone, there are so many things you can to do help. For me, I spend many times talking, singing and dancing to and with my baby to build that bond between us.

7.) You’re going to be so happy all the time

False. Fatherhood definitely has its challenges. There are some tough times mixed in. I’ll admit some nights have been way tougher than others. It’s not all 100% roses. There have been times I wanted someone to slam a door in my face at 3am. If parenting was so incredibly easy, everyone would be doing it. But with the challenge comes an incredible reward.

Don’t be scared or worried to take a little break, decompress, talk to friends, be with friends, have a drink, or do something. I’m the type of guy who usually likes to keep his troubles to himself. The times I’m able to open up and just talk about it have really taken some of the stress off of me.

8.) Parents will spend whatever on their baby

True. There are two things most people will spend money on without hesitation. Their pets and their children. If someone tells you this will make your baby happy or feel better, guess what? You’ll drop everything on a dime’s notice and go get it.

If someone told me wearing a wedding dress while holding your baby creates comfort, I’m headed to David’s Bridal and saying yes to every dress there.

False. Every baby is different. All the advice you get should be taken with a grain of salt because no two babies need, want, react to the same thing.

I have decided to parent by the following method: Trial and Error (filled with lots of errors).

10.) Being a father is the most rewarding thing ever

100% Fact. Aside from getting the original Nintendo as an 8-year old kid for Christmas, nothing in my entire life has brought me more happiness in these past eight weeks than being a father. The rewards come daily. Getting her to smile every single day is a reward. Having her look around, seeing you and being fixated on you is a reward. Hearing her coo or make some noise is a reward. Seeing a diaper filled with poop after nearly a day of waiting is a reward. Lifting her head while lying on her stomach is a reward. The smallest things we all take for granted are the most amazing things to witness and be a part of. It’s always something everyday that brings a smile to your face. Through all the tough times and challenges of being a dad, the good really outweighs the bad.